During the pandemic, Tim was told by his place of work that he had to work from home, as many other companies across the country did too. Working from home has become the norm in the UK, especially after having experienced a number of lockdowns, the reduction of office costs and a better work-life balance.

Are you still working from home? Are you on a flexible working contract or now completely remote? Learn how Tim’s Garden Office Cabin changed his family and working life.

Tim invested in his own garden office cabin, which he now uses as a working space and occasionally as a hobby room to play his guitar and relax. He has the Terminator Log Cabin W4m x D3m, which is a very modern contemporary style garden room due to the sloping back roof, a feature that looks good as well a provides ease during heavy rainfall.

The exterior of Tim’s garden office cabin is in the shade Mendip Mist, a soft blue tone which is lovely during the summer and also in the winter as it uplifts the dull atmosphere. The window trimmings have been treated in white, which makes them a stand out feature. 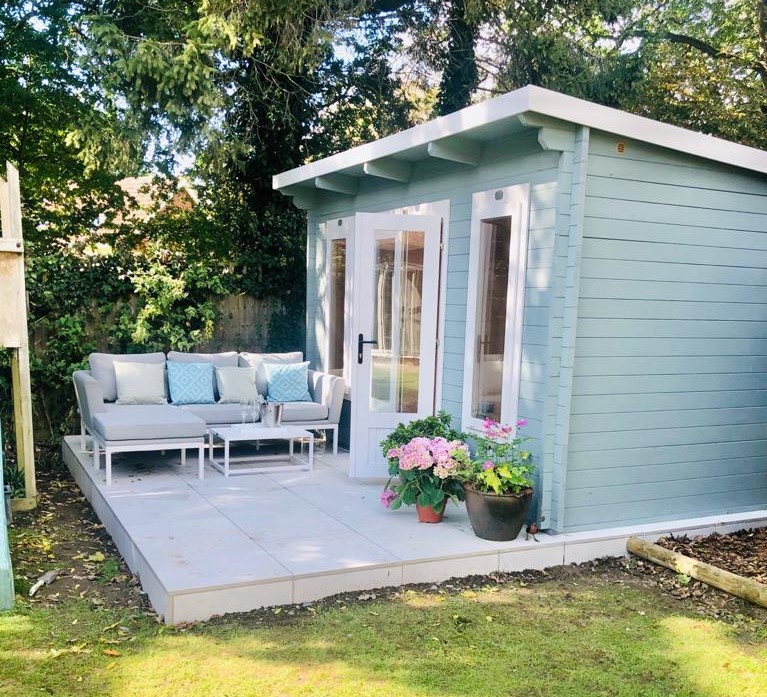 The interior of Tim’s garden building has been split into two – a work station and a lounge space. On his working side he has multiple plug points so he can connect all the devices he needs to work from, alongside all his stationery and admin requirements. When working from the office there is always a need for a coffee or two, so he has even got his own drink station, meaning he doesn’t have to leave the log cabin until his working day is complete.

On the other side of the log cabin, he has placed a cosy L-shaped sofa, which he uses during his break from work to put his feet up or sit and play his guitar. Alongside that he has some storage cabinets for books and other bits that he needs.

Tim’s garden started off with a dilapidated shed that really wasn’t offering much to the garden, and he decided it needed to be updated. So, that corner of the garden was completely revamped from the shed being removed, a new base being laid and then the Terminator log cabin purchase!

The Impact of the Investment

Working from home has many pros and cons, but it was massively important to Tim, especially as he has kids, to split work-life and home-life. Many people work from a spare bedroom, or from their kitchen which is a communal area of any home. Therefore, it was only right that Tim gained a work-life balance from the get-go.

In Tim’s own words he said - “Overall, really happy with the set up I have got. It has made a huge difference to my family life because we are not trying to mix living and working all under the same roof.”

He was able to gain that distance from his home without actually having to leave. Creating a divide between living and working is important and ensures you get a balance of both.

Take a tour of Tim’s garden office cabin yourself. He provides a personal tour and talks us through his creation and the benefits it is having. 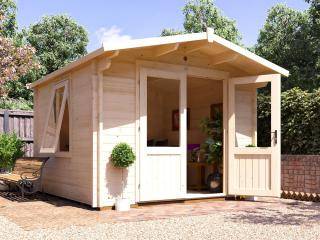 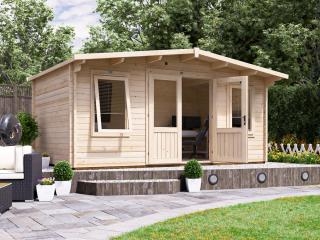 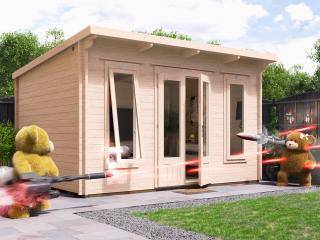 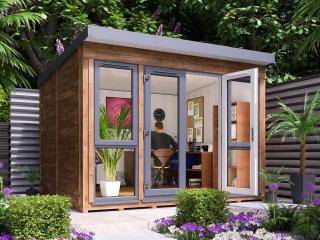 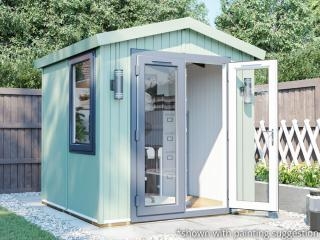 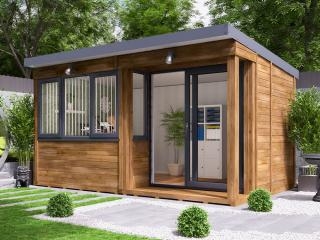 How To Build A Garden Office

How To Become A House Plant Pro

How To Entertain Your Child In The Garden

The Queen's Jubilee: How To Prepare For A Garden Party

How To Create You Own Garden Bar 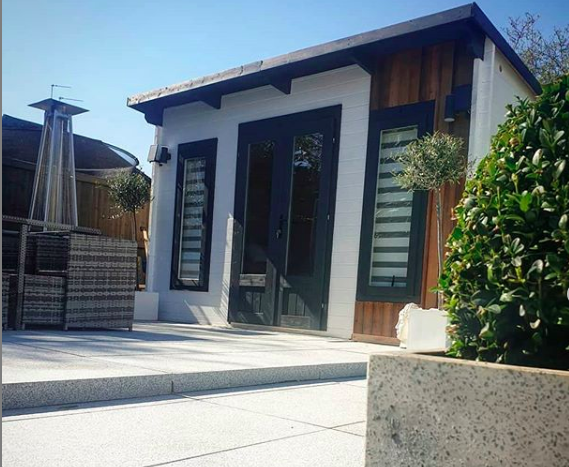 Heather and Lukes terrific Terminator log cabin makes a stunning feature in the modern garden of their beautifully renovated house on the coast. 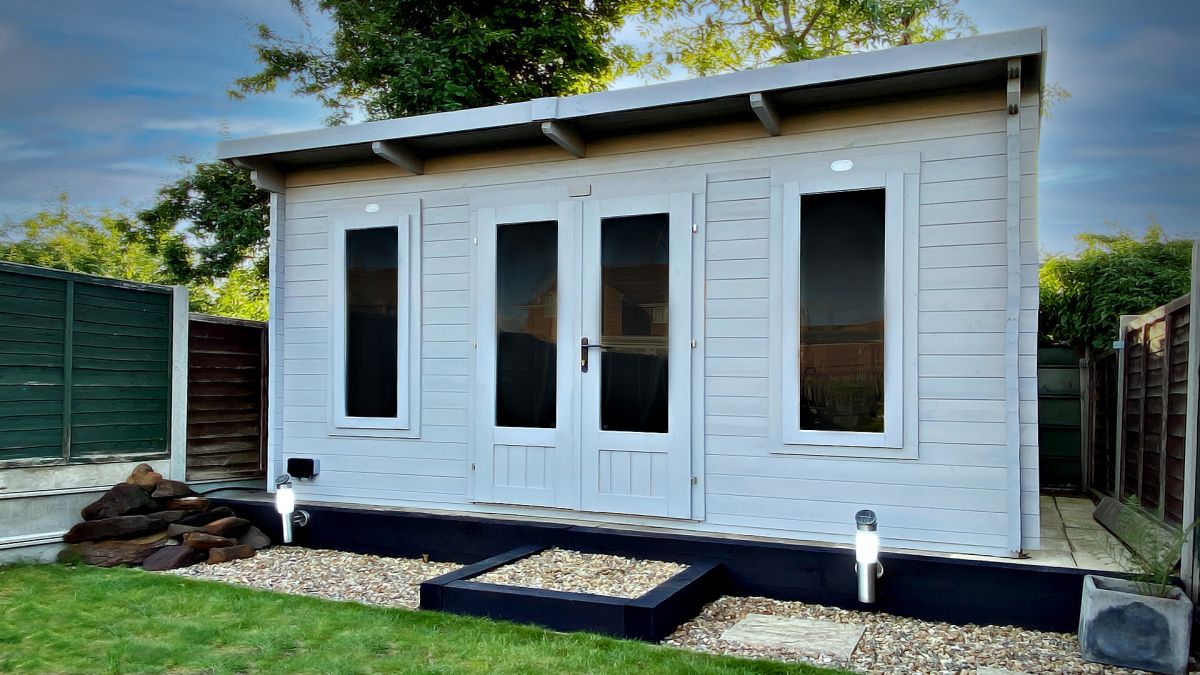 Pro Exposure Photography invested in their own garden room and transformed it into a Log Cabin Studio Room. 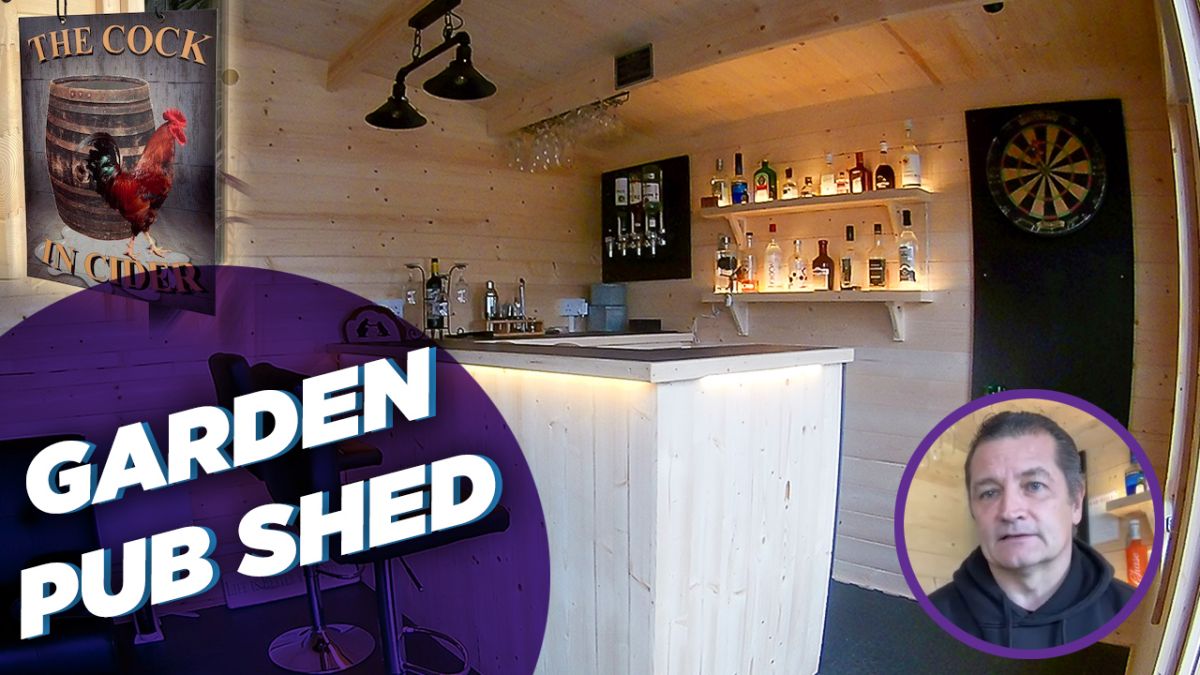 Neil extended his home by adding a pub shed log cabin in the garden, so he could have a space to relax and entertain family and friends. 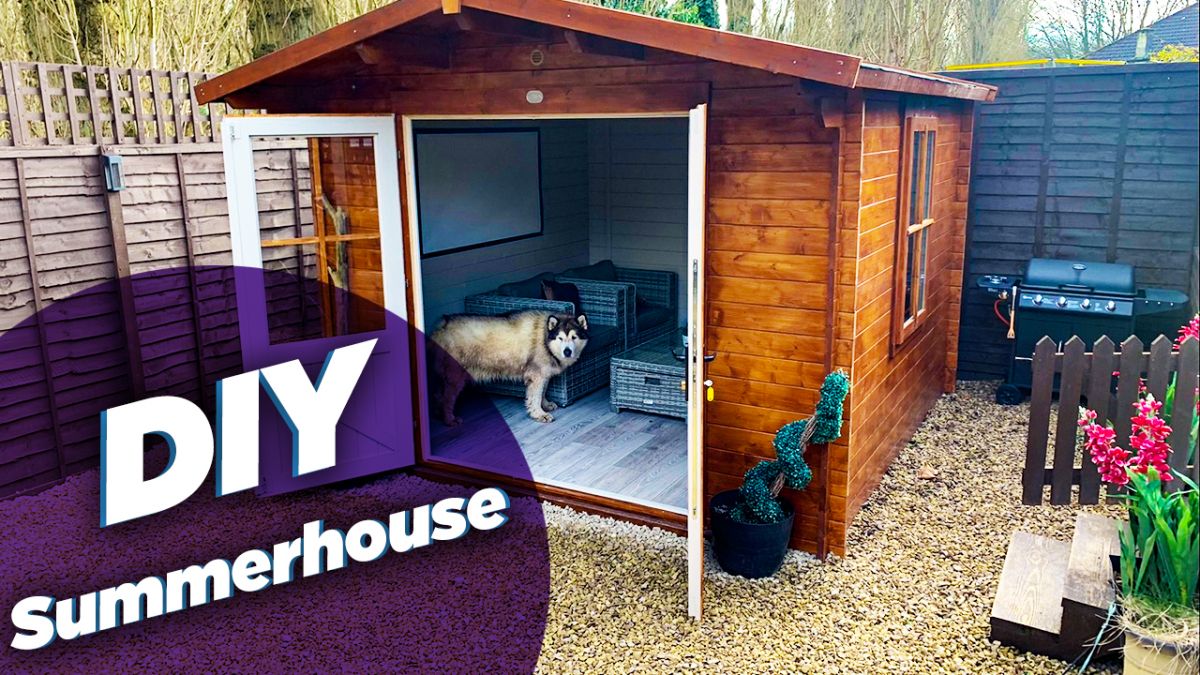 @Lifewithmalamutes transform a DIY garden room, the Avon 3 x 3 log cabin, into a lovely lounge area and summer house. Find out more about their journey. 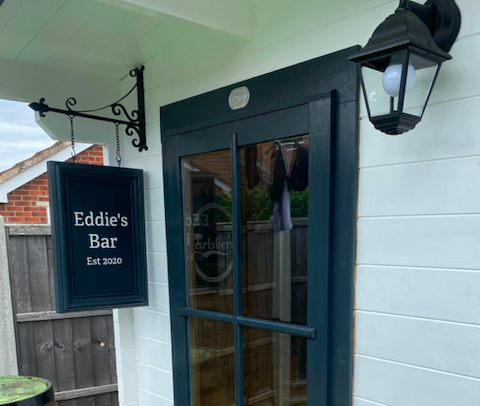 Eddies Bar is now open! Sam Bailey has completely transformed the Severn Log cabin 5m x 3m into one awesome looking pub shed at the bottom of the garden.